A variety of updates to the text were integrated with this update. Many are cosmetic (like the Hoverboat one below), but some were not! These include the following:

The Mobile upgrade is now called Hoverboat. It does what it used to, but now properly highlights the coastal setting..

The Assassin playbook had a few dodgy bits in there. These were fixed thus..

The subterfuge supplies standard item now also includes your directional microphones & long range cameras or whatever that you probably need for listening in to conversations.. 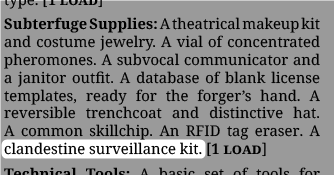 The special item, fine gridlink, was cut ( from the game, and in particular the Hacker playbook) in favor of a new special item, warez suite - which provides limited access to some nifty little apps..

Actually, the apps got an update in general..

The private pilot claim (found on multiple crew playbooks) provides safe passage in Caribbean territories, rather than just to Montego Bay. And the upper crust auction claim on the Radicals book also erroneously pointed to the wrong types of factions.. 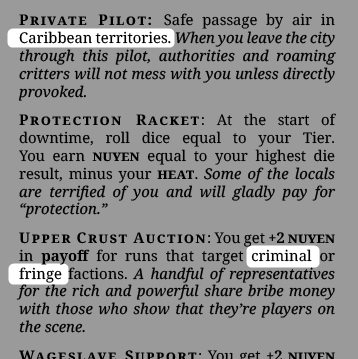 The Shadows crew playbook had an ability on it (the Darkness) which was missing half its benefit text. No good! Rather than revert it, I wrote a new one. Besides, some of the abilities bore the same name as the abilities from Blades'; so now, we have Intruders as the name of the first ability (instead of Everyone Steals), Opportunists as the new addition, and I changed the text on what was formerly Pawn Stars to what is shown below (and renamed it to Sticky Fingers).. 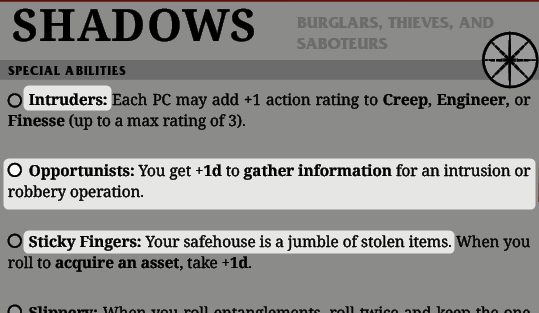 The Infected are now explicitly vulnerable to arcane attacks.. 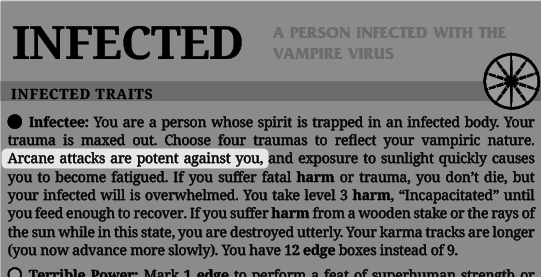 The guidelines for features of implants were updated with additional guidance.. 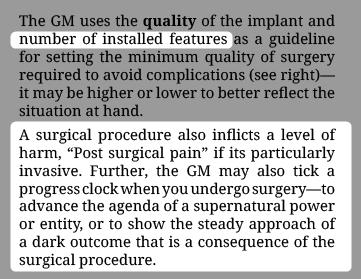 This drawbacks list formerly indicated you probably had to Interface with decentralized items. This is not exactly the case (you might use any action roll in a given situation), so a sentence was omitted here..

Shell frames are not as flexible as drones, at least when it comes to choice of frame size anyways..

Weirdly, the Free Spirit playbook had an extra Assense dot on it right here (see below).. this was removed.. 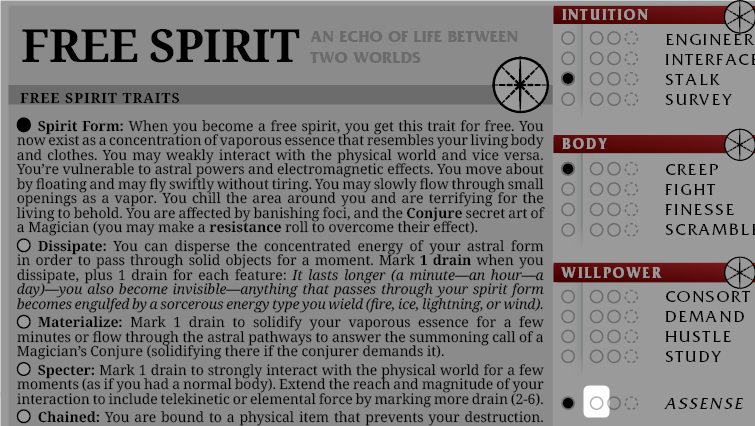 A section on Portmore was added to the Kingston chapter, to highlight the possibilities just outside the borders of Kingston "proper".. 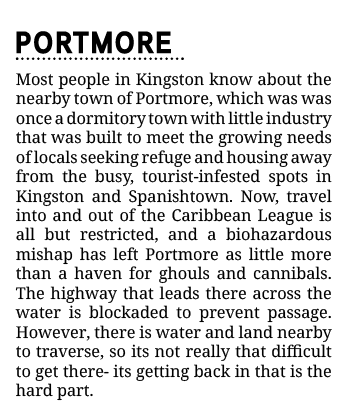 There are other typographical fixes in this version, but this about covers it.

Note: Comments are disabled, but you are free to comment about this in #dev-talk on the server and point out anything else you think I might've missed.