What is Runners Lite?

Runners Lite is the moniker I've given to the one-shot friendly version of the game. Granted, you can already run the game in a slimmed down version using just the action system, but this is a wayyyy slimmer way of doing that - greatly inspired by Forged in the Dark games such as Bloodstone (Matteo Sciutteri) and CBR+PNK (Emanoel Melo).

So far I just have the prototype version up, which is the player half so far - so it requires a fairly knowledgeable GM - but feel free to grab it from the game page here (see demos) (which: hopefully your printer won't be as clogged as mine!). Stay tuned for updates on this and other printed items that I want to have included with the core book (more news on that soon!) 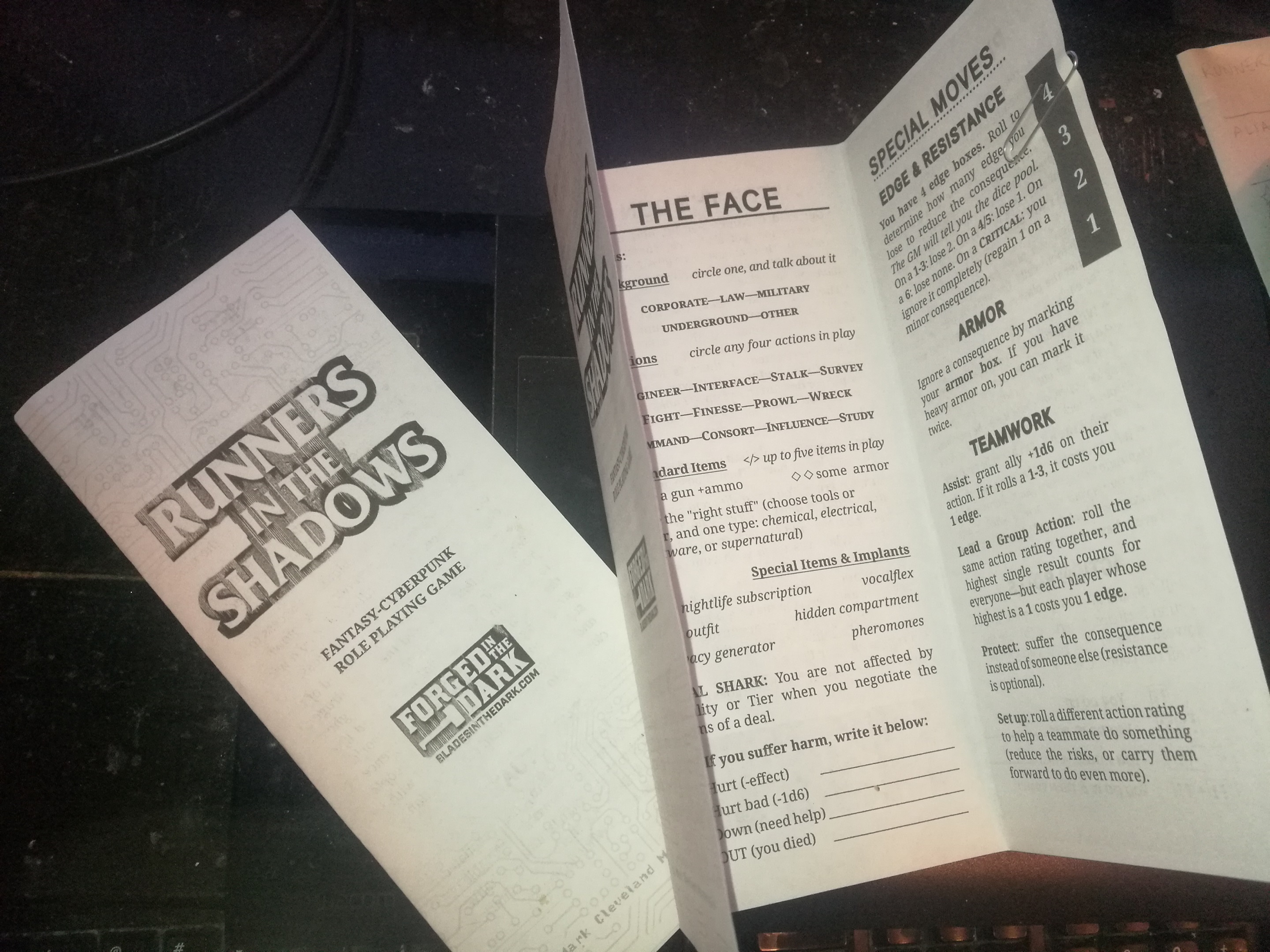